These bronze sculptures, polished and painted in red, blue and green, have been produced in 2016 by the José Luis Ponce Foundry in Madrid. They represent three life-sized travelers, seated and lost in their thoughts as they wait for the arrival of their trains: Alpha Virginis (red) at the Soller Central Station, and Alpha Tauri (blue) and Alpha Cani (green) at the tram terminus at the port. 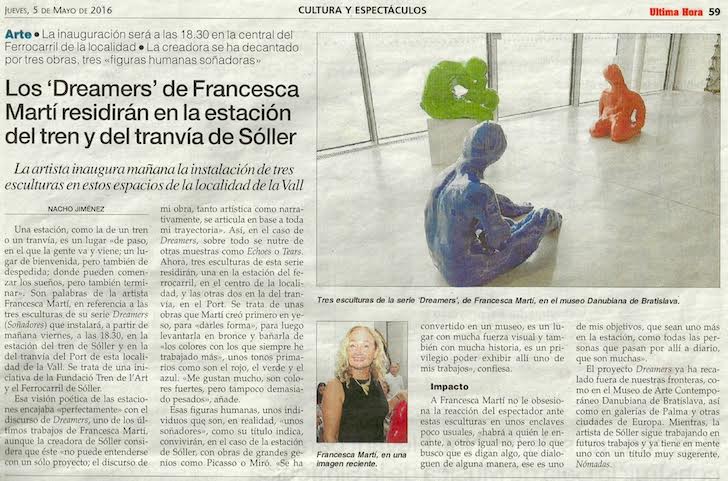