“To me, the satellite dishes look like grey flowers growing on rooftops, as though they are looking for the light, like sunflowers facing to the sun.” Francesca Marti, Amman, June 2010

«Martí’s use of old satellite dishes brings discarded objects back to reality and life. It’s a new project, not seen before. It’s a reversal of the normal order. I’m surprised how rich the structure is in her latest works. Many artists step back, but Francesca advances, she steps forward. The conceptual elements are stronger. The works have deeper structure, with more reflection. From the abstract paintings and The Fly which we showed at the museum in Bonn, she has left the purity of the canvas to start a voyage in a new direction. You can still see that she has a history of painting, also through her use of colour, but her new techniques help to give her a broader range of expression and opportunity. I like this cross-over of painting, sound, movement, voices. The combinations of many people speaking at the same time, and the idea of Babylon. It’s a busy explosion, and for that reason she works with actors, friends, partners, technicians, and other people in her studio. As it grows richer and richer, her work is becoming truly global. While her earlier works were linked to Soller, I no longer see her as merely a Mallorcan artist. I see more wisdom, more invention than intuition, and this gives her a clear international language.»
Dieter Ronte, curator and former director Kunstmuseum Bonn 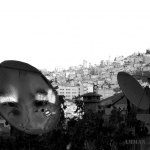 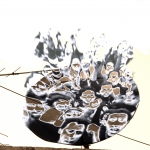 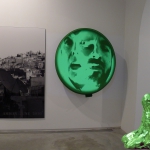 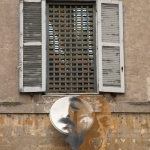 Painting a picture or projecting a video on to a satellite dish is, by definition, ironic. Martí transfers a visual image on to an object purposely designed to be anonymous and pictureless. She adds voices to a silent device originally designed to receive aural broadcasts. This is Martí’s version of a conceptual short circuit. Since Amman, Martí has been photographing satellite dishes on the skylines of Amsterdam, Stockholm and Rome – all these satellite dishes communicate not with each other, but with a distant signal, all these neighbours talking about different subjects in different accents. Martí’s installations of multiple satellite dishes recreate the same spirit, conducting an orchestra of personal histories, a series of autobiographies in many tongues. The effect is surreal – a face, speaking via an image projected on to a painted screen once used for high-tech communication, while other echoing voices bounce off the concave surface.
Jonathan Turner, curator.  May 2011 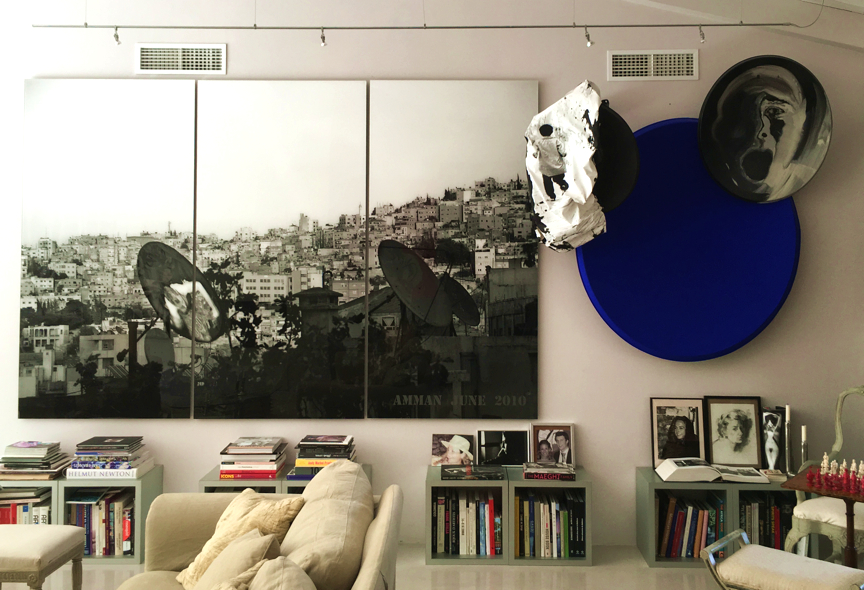