The 7 Dreamers of Eindhoven were conceived as pensive, contemplative figures, to serve as symbols of inspiration for the engineers and technicians at Prodrive Technologies, and to interact with visitors to the lake and park near Eindhoven. Creating a dialogue with the viewer, Francesca Marti’s seven Dreamers mimic the seven-star constellation of Ursa Major (Big Bear) in the Dutch skies, and seen throughout the northern hemisphere. With distinct cultural and astrological references in Europe, China, North America, Arabia, and Asia, the seven individual Dreamers are named accordingly: Alkaid, Mizar, Alioth, Megrez, Phecda, Merak and Dubhe.

Francesca Marti, with Hans and Anja Verhagen from Prodrive Technologies in Son, near Eindhoven 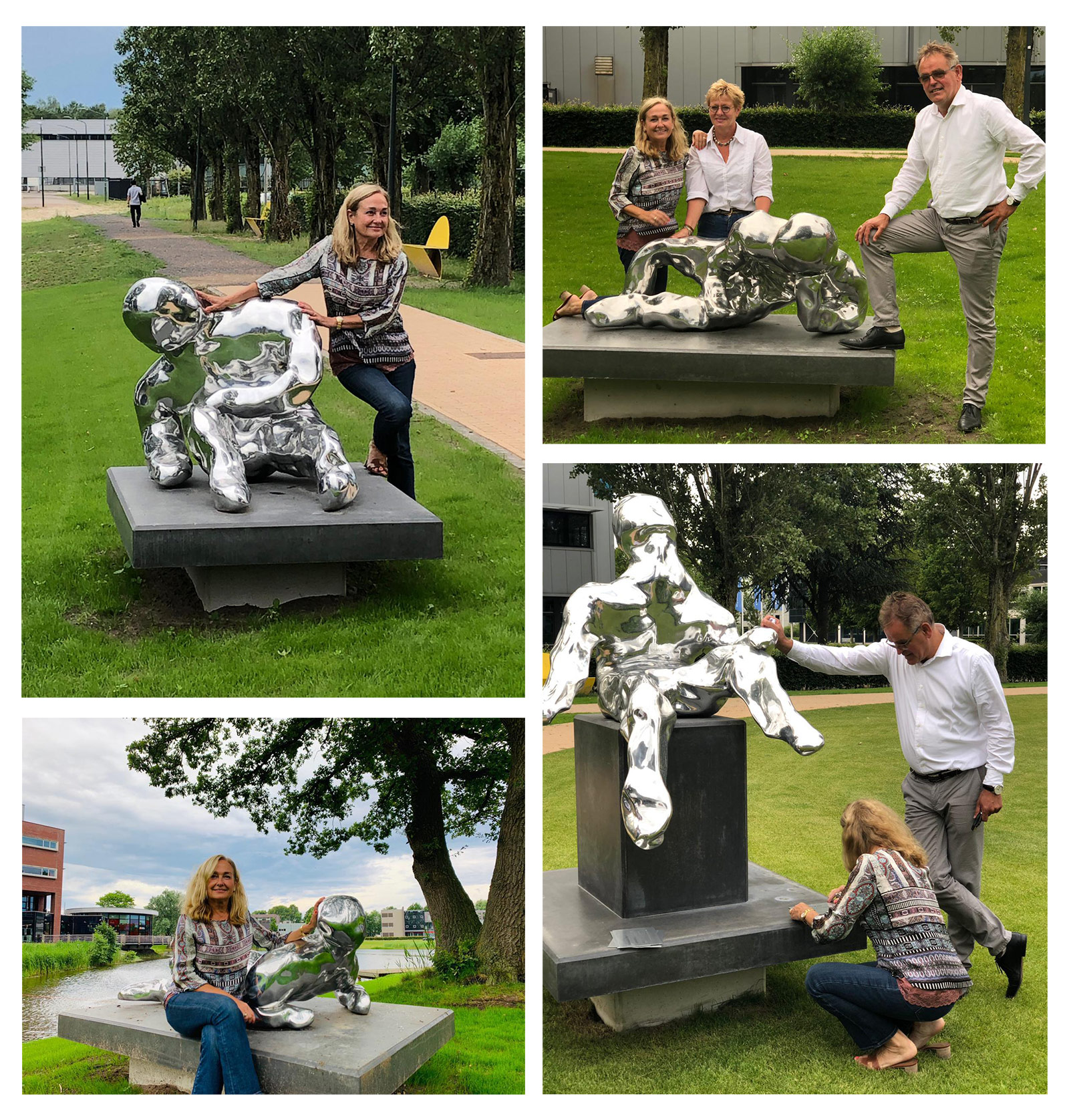