Text by Jonathan Turner
In 2000, Francesca Marti’ began her renowned Fly series of black-and-white photographs and collages with painted additions. A fly in her studio had become an unexpected protagonist, when it walked through a mound of pigment and began tracing its steps on a sheet of drawing paper. Marti’ then saw this adventurous, creative fly/artist as her alter-ego. She recently rediscovered some of these photographs in her studio, and they have provided her with a fresh outlook, and an inspiration for a new chapter in her artistic research.

Hana Soukupova, the Czech supermodel, being photographed for the new “Flight” series by Francesca Marti’,
during the photo-shoot in late July in Fornalutx 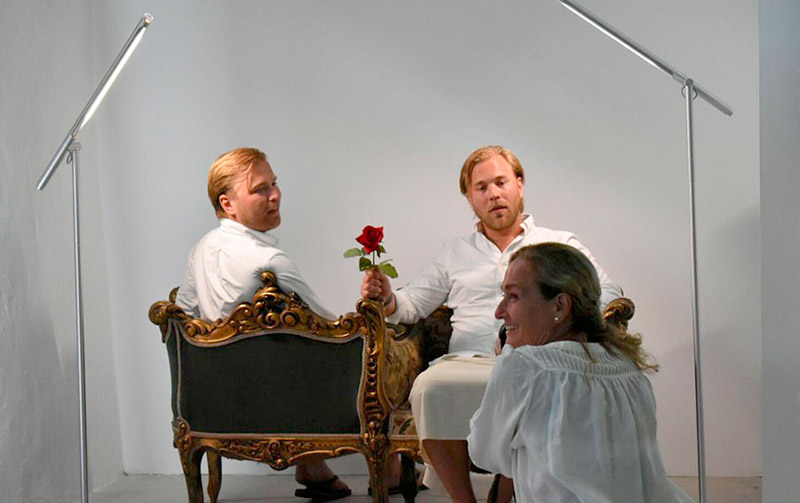 Marcel and Andre’, identical twins from Sweden, during the “Flight” photo-shoot. 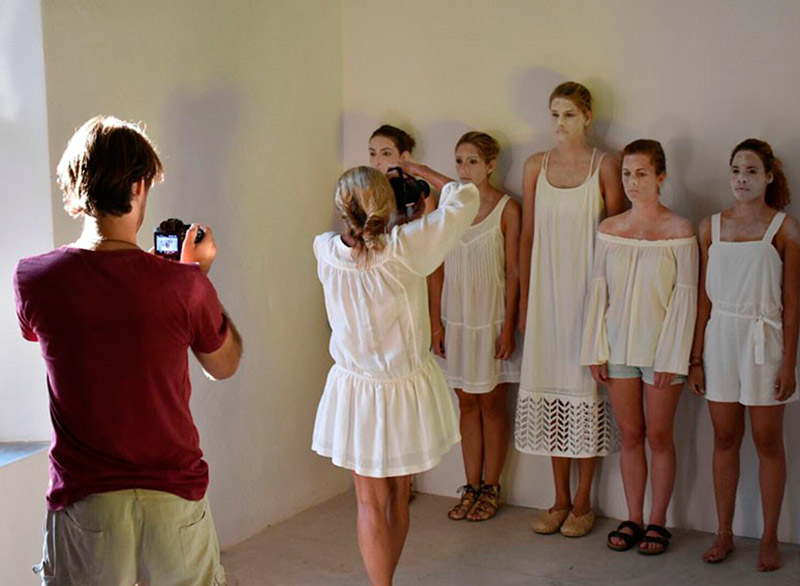