EMERGENCIA poster by Francesca Marti’ included in a show about integration at the CAM Museum in Italy.
A handmade poster entitled EMERGENCIA, from the «Tears» series by Francesca Marti’, has been included in a new group exhibition at the Casoria Contemporary Art Museum, near Naples in Italy. Promoted as the biggest exhibition ever realized on the theme of integration, «You no speak Americano original» aims at highlighting issues of discrimination and racism. It functions as an open call to all artists of any nationality, race, religion, age and sexual orientation to fight against intolerance. The exhibition is curated by CAM museum director Antonio Manfredi, in an institution which often looks specifically at the how contemporary artists view the conflicting worlds of politics, corruption and crime. Marti’s image for her poster is based on one of her photographs of a nude man emerging from a hole in a torn canvas, which has then been covered in a wave of fluorescent orange paint. Meanwhile, the publicity poster for «You no speak Americano original» is in the form of an ironic portrait of Donald Trump as Uncle Sam, recruiting all artists to join his private presidential army of distrust and racism. 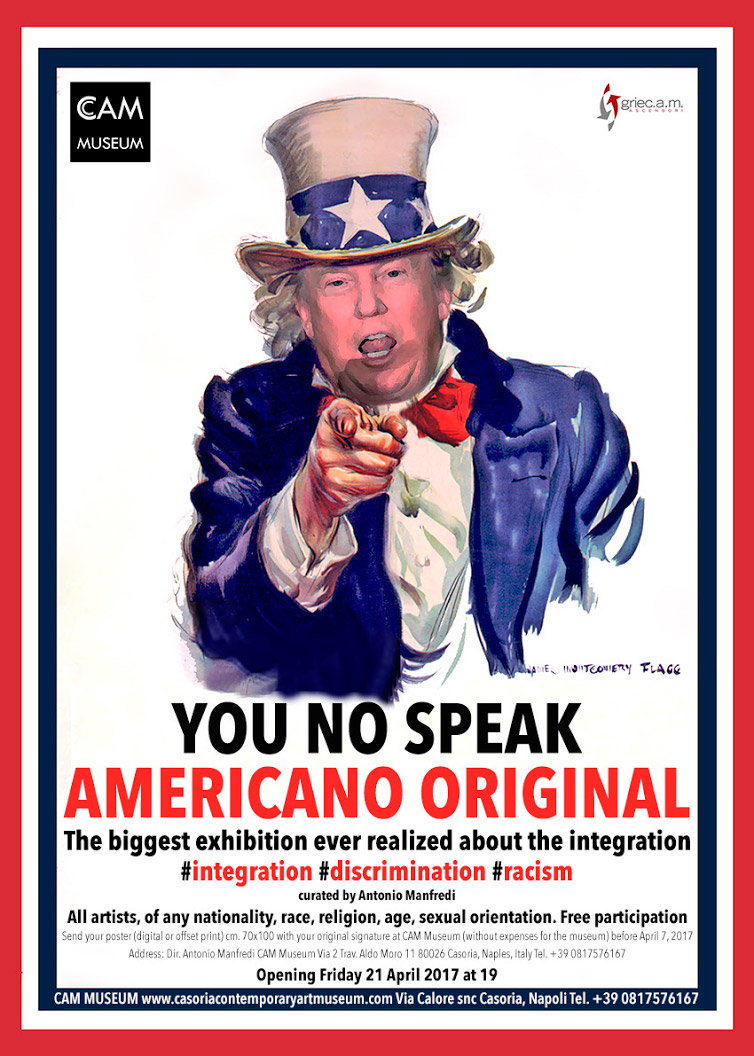 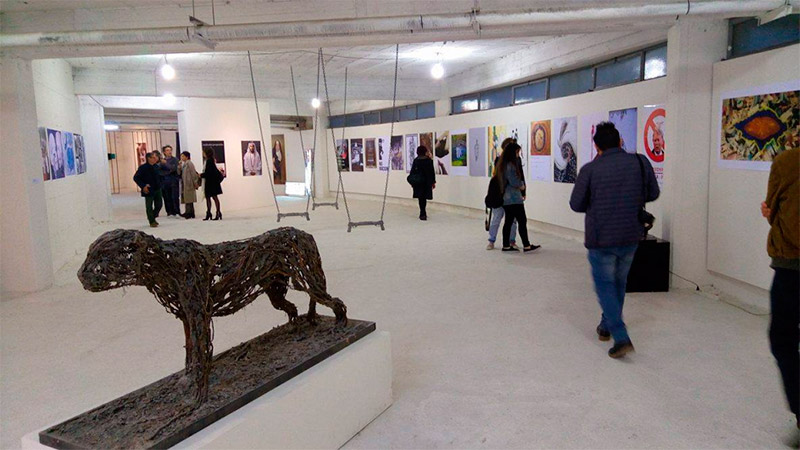 Part of the installation at the Casoria Contemporary Art Museum,
near Naples, during the exhibition opening on April 14, 2017The exhibition «You no speak Americano original» includes posters commenting on the themes of racism and prejudice, made by more than 100 artists, primarily from Italy, but also from Argentina, Australia, Austria, Belgium, Egypt, France, Germany, Kosovo, Macedonia, Malta, Norway, Portugal, Romania, Spain, Turkey, UK and USA. Marti’s handmade poster entitled EMERGENCIA, from the «Tears» series, is based on one of her photographs of a man emerging from a hole in a torn canvas, like the portrait of an immigrant escaping through a wall. She has then partly covered the image in a wave of fluorescent, blood-coloured paint.

Link to the exhibition